A BRIEF HISTORY OF THE AIR JORDAN IV

The Air Jordan line is an emblem of the greatest in the sneaker industry. It’s also that of basketball’s best paticipant...ever.

Michael Jeffrey Jordan was revolutionary back in his day in two respects. First, his on-court ability captured even the timidest of imaginations. Secondly, he was consistently rocking the most gawk-worthy kicks out there. A big part of that legacy is the Air Jordan IV.

This shoe is one of the greatest examples of the original hypebeast ethos. Now, that may come across as a bit disrespectful. How in the world could you look at this historic design, a Tinker classic, and debase it to that category? Slander! Understandable reactions, but we can explain. You see, the Air Jordan IV doesn’t debut to anything like applause. 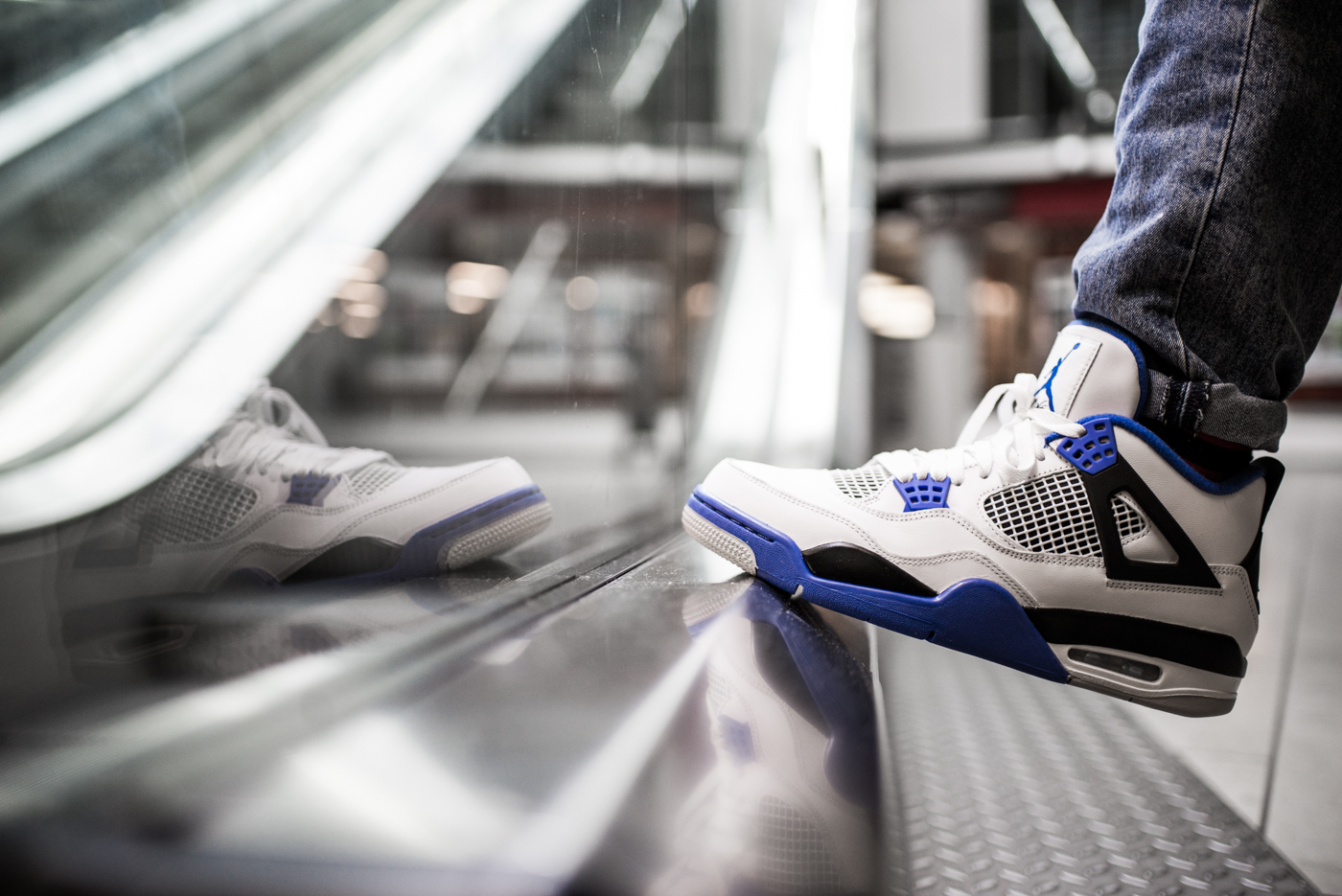 That’s right, people hated this shoe. Back in 1989, the AJ 4 first dropped in a modest selection of iterations. Each of them seemed to sit in stores for the sake of being pointed at and ridiculed. The form was too wild and there was too much going on with the additional details. ‘Ugly’ was, in fact, the nicest descriptor for its initial debut.

The fact that was such a reviled shoe shows a bit about how ahead of their time Tinker and MJ were. The Air Jordan IV was part of the brand’s new direction with their Bulls superstar. Tinker took over the line by designing the Air Jordan III. Neither designer nor endorsee looked back after that. But, it was quickly time to figure out how the Jordan section of Nike was going to be its own entity. How would this shoe be remembered?

Going into the 1990s, Tinker knew how he wanted to go about doing this. These shoes needed to stand out as something completely unheard of. The Air Jordan IV was a basketball shoe, first and foremost. But, beyond that, the plan here was for consumers to see this shoe and kind of scratch their heads. We were meant to wonder about what we were looking at - especially because a good amount of it was completely new!

All in the Details

One of the more subtle innovations on this shoe is the underlying base. Instead of a traditional mesh, Tinker decided to over-mold the grid by dipping it in heated plastic. After blowing the excess material away, what you had was a higher quality structure. 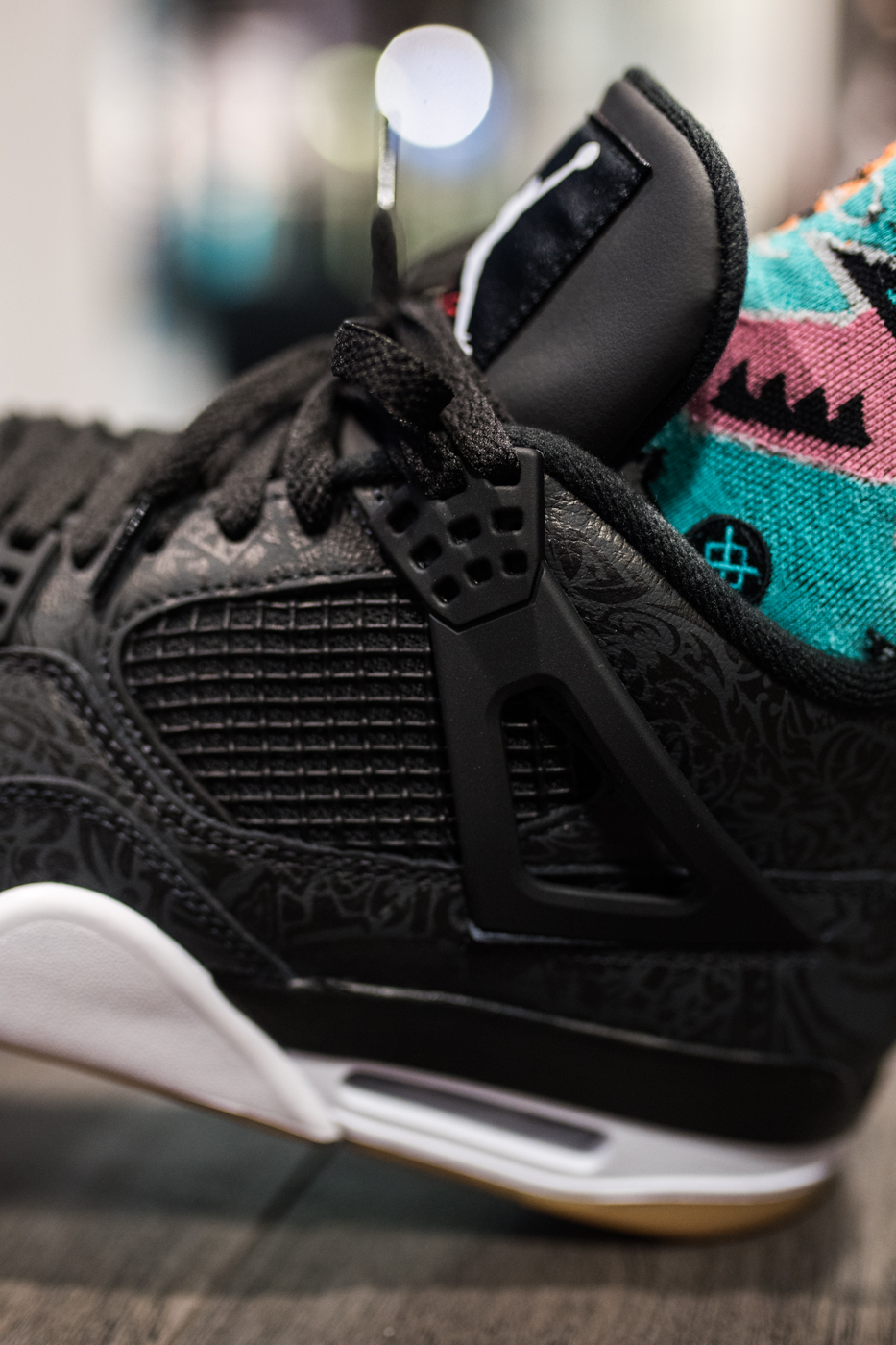 And then came the more overt and memorable detail. The Air Jordan 4’s lacing setup was about as advertising-friendly as a shoe could be. It was featured in a waffle pattern and came with some interesting potential. You could rock your laces in 18 different combinations. This allowed anyone who copped the Air Jordan IV to easily make it their own. As if that wasn’t enough, this design detail also served as an extra note of color on most iterations.

The Air Jordan IV was an interesting project from a personal standpoint. The Air Jordan III was all class and great looks, a mold-breaker. For this next shoe, though, it had to be different. MJ and Tinker agreed it was time to “get back to work” and draw focus back to functional design. Both athlete and designer had been starting on their way to an obsession with perfect performance sneaker design. The Air Jordan IV is when they first truly buckled down.

Today, this shoe stands as one of the most beloved by Jordan heads. This year, the Jumpman celebrates this historic design via several retro and special releases. There’s a whole lot to look forward to!