Under Armour basketball might be a weird concept to mix in with that of any kind of history. For a lot of people, this section of the brand didn’t so much as exist before they signed Stephen Curry. And, honestly, who could blame them?

Stephen Curry entered basketball as an unproven guard. Little did much of the basketball world know, he was on his way to absolutely destroying the entire league. Not included in that “we” category are the good folks over at Under Armour. Shortly before he went on to break historical records in the world’s best basketball league, Curry signed a relatively long term deal with the brand.

So, yeah, Under Armour basketball is Stephen Curry. At this point, that’s the name that will always come to mind. However, it’s worth adding the context of some of UA’s past experimentation in this category. First, it’s important to note that Steph wasn’t the first superstar Under Armour managed to snag away from names like Nike and adidas. In fact, he wasn’t even the first guard they signed.

Back in his earlier days, Kemba Walker was a UA signee. He was a player that under Armour targeted early on after witnessing his blistering performances in college. What came out of that was a series of interesting experiments in fundamental basketball sneaker design. Kemba’s jaw-dropping speed was matched only by his own insane stopping power - his step-backs slowed him down from 100 to 0 in half a blink.

As a result, UA was presented with both a challenge and an opportunity. They signed a promising young guard, but they needed to meet his unique on-court needs. One of the results of this research and development effort was the Spine model.

The Under Armour Spine basketball shoe was as a conservative as it was daring. The most remarkable element of its design was the Spine chassis system. Rather than focus on impact protection, the UA basketball design crew wanted to create a special support mechanism. Kemba was going to be darting all over the court at all kinds of speeds - his basketball shoe needed to keep him locked in.

As far as impact protection, UA already had a solution they liked to go to. Micro G wasn’t a new innovation for Steph’s shoes - like Charged Foam - because it was used years before he hit the scene.

This technology was held down by standard details such as a herringbone patterned outsole for solid traction. A molded heel counter brought a TPU element to the design while adding further support to the frame. Much like 2008’s Nike Hyperdunk, it wasn’t particularly flashy or advanced. It was just the most solid shoe you could hoop in at the time. You got everything you needed and little more.

The other significant piece of this brand’s history is, of course, the signature Steph Curry offering. We mentioned this in the beginning for a few reasons beyond Curry’s attachment to the UA Basketball’s reputation. As it turns out, their designs for Steph are some of the most inspired that the brand’s basketball efforts have been to date.

As a telling example, let’s take a look at the latest in that collection. 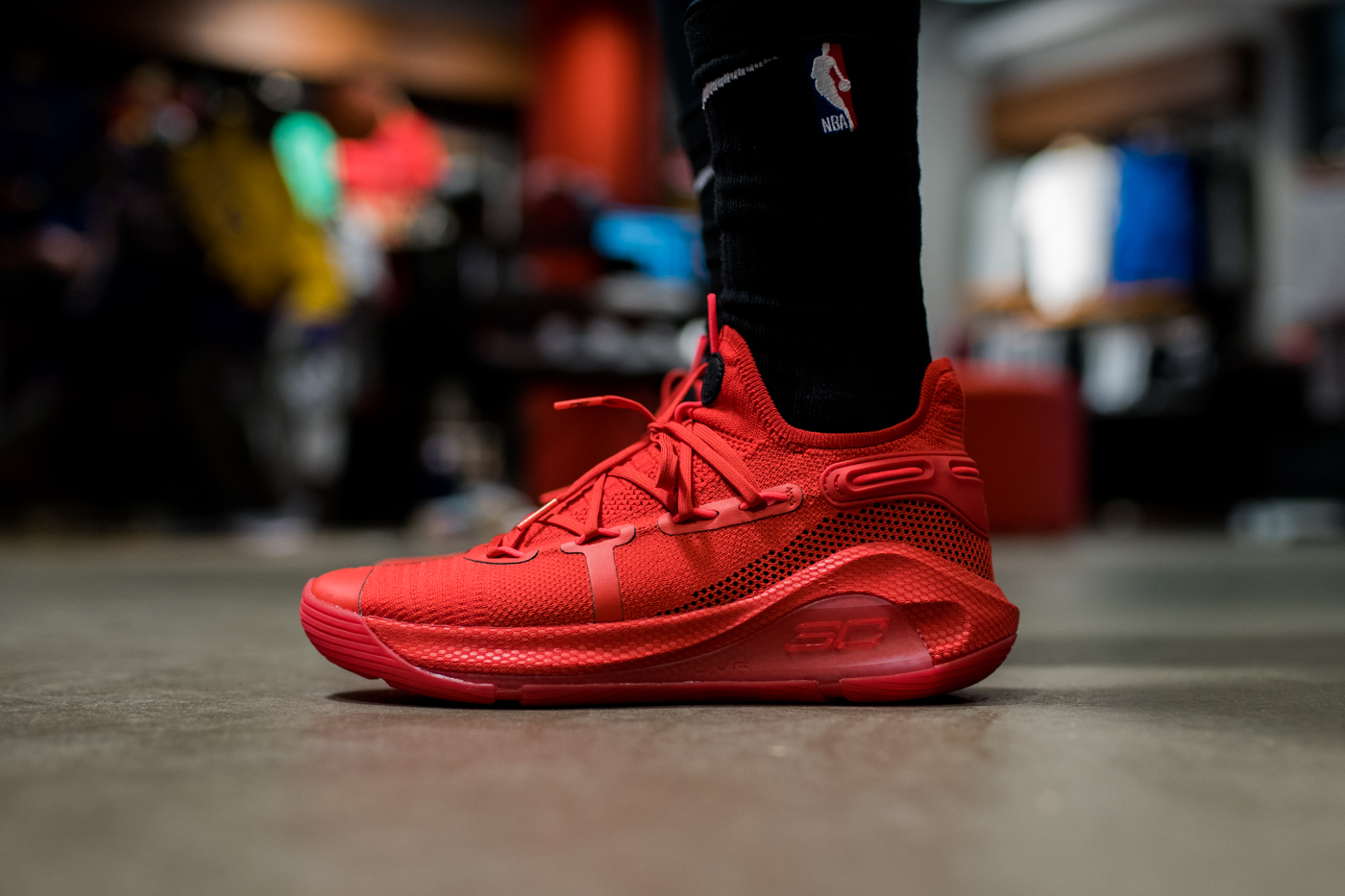 The Under Armour Curry 6 represents the brand’s most impressive leap into the future of basketball footwear design. The upper is in a fully knit construction, accompanied by synthetic and supportive details. It’s remarkably light, offering a one-to-one fit for compression. The breathability alone is a welcome touch of modern design.

And then, there’s the midsole. The UA HOVR features prominently in the signature line, offering a lightweight layer of serious impact protection.

Simply put, there’s a lot of good to expect from Under Armour Basketball. Every innovation on the Curry 6 is being adopted onto more standard models - all of which are in the lower end of pricing for basketball shoes.

Advanced tech, a superstar endorsee, budget-minded pricing. What more could you possibly want?

Click HERE and check our selection of Under Armour basketball shoes