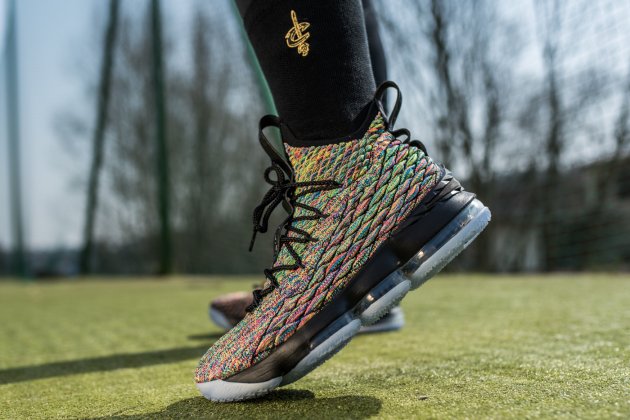 The Nike LeBron 15 "Four Horsemen" continues a trend for the signature sneaker series.

Around three years ago, the performance sneaker market started to lag a bit as the athleisure trend made its way through our relative consciousness. But, thanks to the LeBron 15, it looks like this beast of a performance sneaker series is making a serious retail comeback. The way it's done is remarkable, combining both striking aesthetics and advanced functional tech.

The upper on the LeBron 15 is comprised of a Flyknit base, a standard on performance basketball sneakers these days. The interesting thing, in this case, is that this is the first time we're seeing an actual application of the woven material on a LeBron signature sneaker.

Up to this point in its history, the LBJ series has seen Nike adopt pretty much every material combination in terms of performance output on the court. Flyknit might not have seemed like a viable option for supporting and locking down the most gifted athlete basketball has ever seen. And yet, it's been performing well.

The cushion is a bit of a blast from the past. Though incorporating Zoom units in what seems to be a new way, we've seen a similar set up on models such as the LeBron 10. It makes for world-beating impact protection and increased energy return.

Nike has been releasing a crazy amount of colorways of the LeBron 15, highlighted by efforts such as this "Four Horsemen" look. The Four Horsemen refer to LeBron's group of Rich Paul, Maverick Carter, Ernie Ramos, and Bron himself. This is referenced by the "LRMR" script on the shoe's inner tongue.

Available now, you'll want to cop yourself a piece of LeBron while we witness his dominating run through the Playoffs!

Check if your size is available. 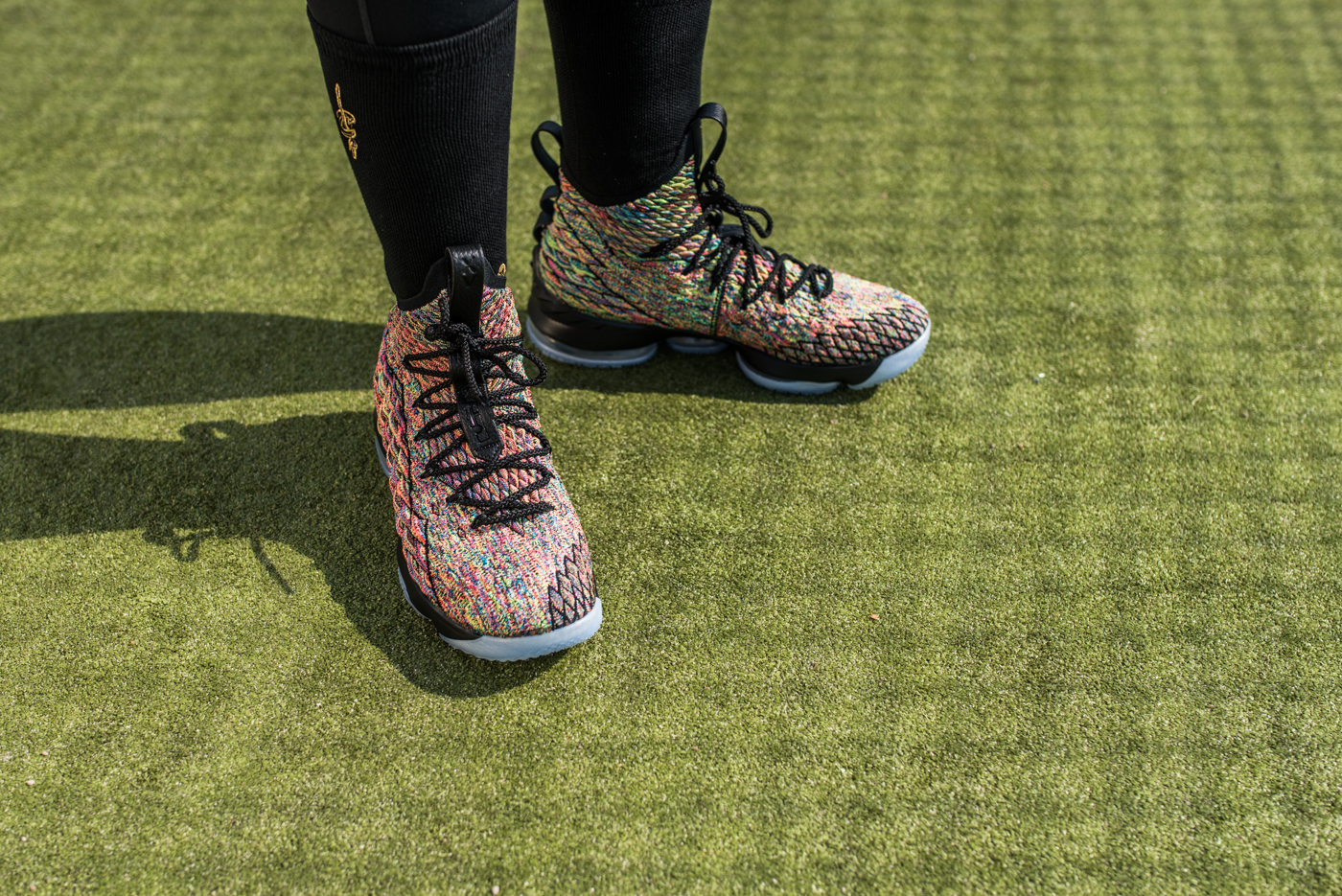 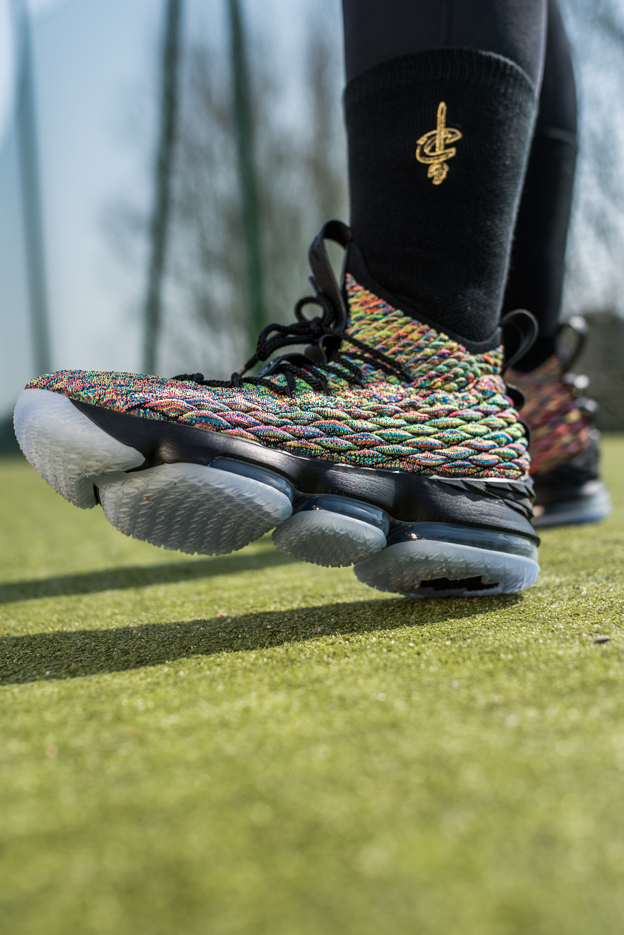