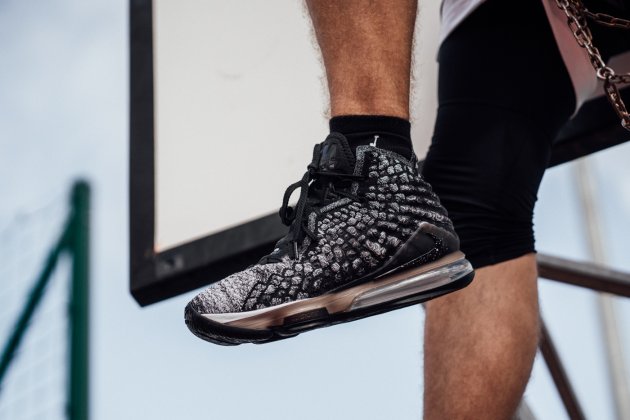 The NBA season is underway! With that being the case, get ready to see a plethora of new colorways for all of you favorite basketball sneaker signature lines, including the Nike LeBron 17.

One colorway of the Nike LeBron 17 worth taking a look at is the Nike Lebron 17 In The Arena. Before we go over the colorway, let’s break down the LeBron 17 for you to tell you what makes it stand out from past LeBron models.

The LeBron 17 is the shoe with the most Max Air that LeBron has ever worn. It is set beneath the heel to provide shock absorption for his explosive play. A soft foam pod directly under the Max Air units adds cushioning.

The Shoe Has Two Independent Air Zoom Pods Under the Forefoot. Air Zoom is combined with Max Air for the ultimate hybrid cushioning. Air Zoom units in the forefoot respond to LeBron’s downhill speed from point to point. 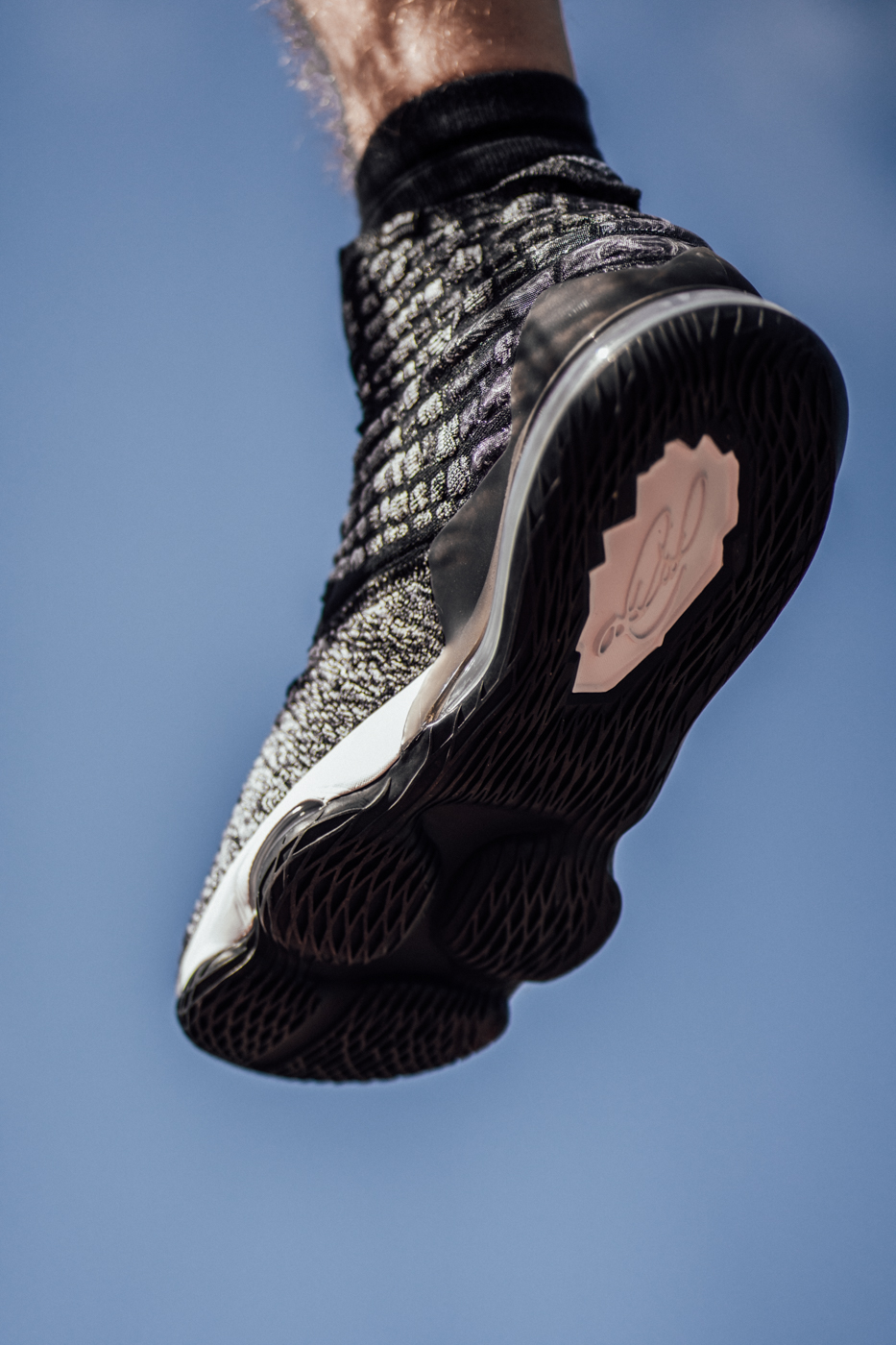 The  Nike LeBron 17 In The Arena comes dressed in an easy to wear “Black/White” finish. The Knitposite upper is made out of Black and White hues throughout, while creating a distinctive pattern on the sides and heels. Finally, a speckled reverse Swoosh logo and translucent overlay on its white midsole, followed by an Air Max and Zoom Air cushioning resting atop a black rubber outsole tops it off.

The Nike LeBron 17 In The Arena also comes with an insole that includes an excerpt from the famous speech given by the 26th President of the United States, Theodore Roosevelt, which includes the line: “The credit belongs to the man who is actually in the arena, whose face is marred by dust and sweat and blood, who strives valiantly.”