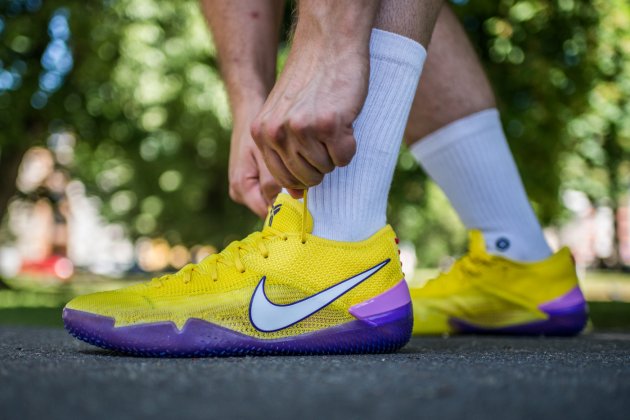 The Nike Kobe AD NXT 360 "Lakers" is just the latest in a long line of elite basketball sneakers from the Swoosh. Nike has not slowed down the production of this series at all since Kobe's retirement from pro hoops.

More importantly, it seems to be evolving and progressing even as the Mamba himself spends more time with his family these days.

When it first dropped, the AD NXT line was more about concluding the numerical system for the signature Kobe sneaker. But, as we see here, it's way more than that at this point. 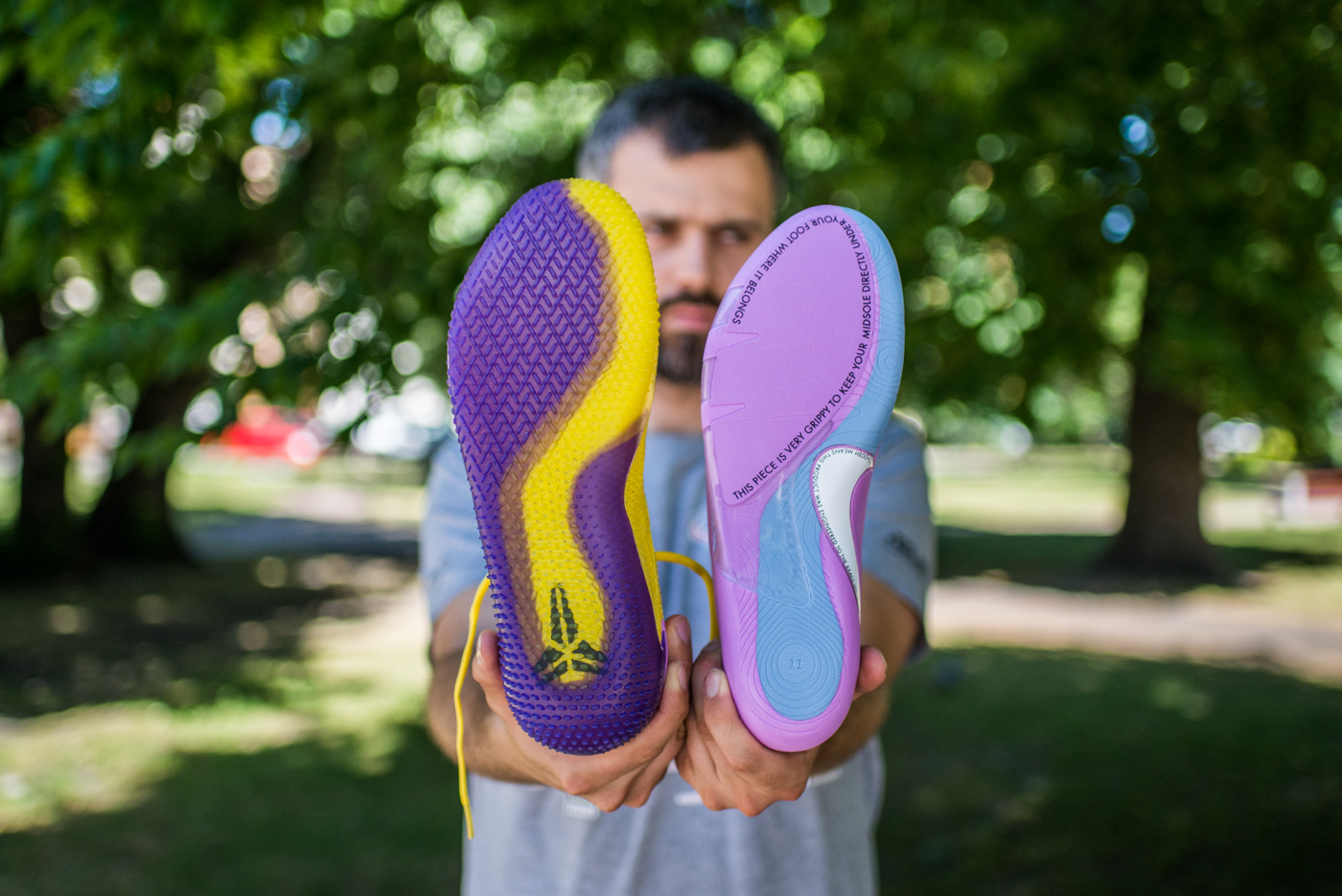 This Kobe AD NXT features in a Flyknit construction. Even more impressive is the fact that Nike's woven build covers the shoe's upper for full coverage - hence the '360' in the name.

That upper gleams in a Yellow base for this iteration, sporting a Lakers-inspired look. The Purple notes come to us via a beastly outsole and a midsole that houses Nike's React cushioning. 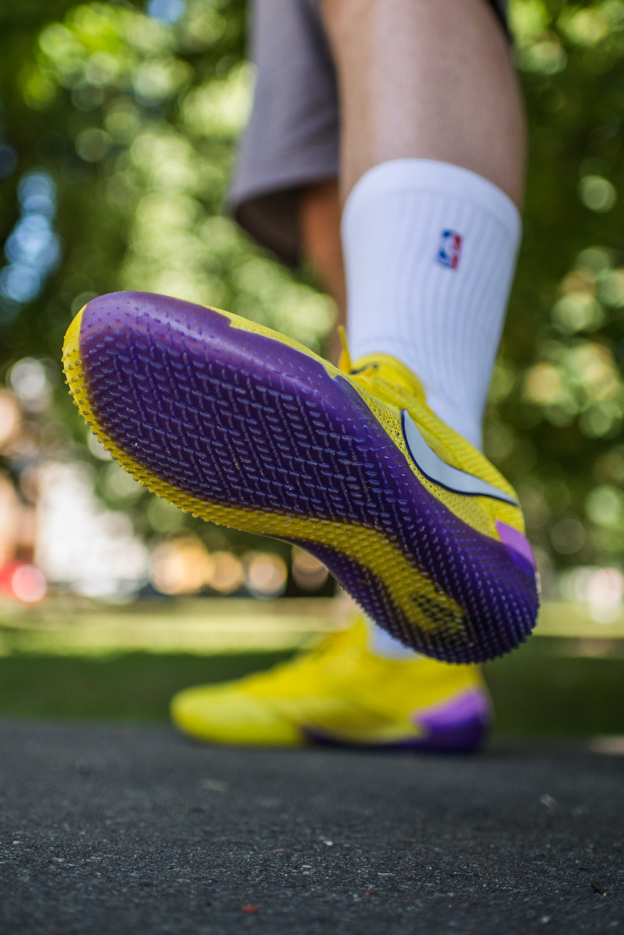 Nike's take on the latest Mamba sneaker has involved adding contemporary upgrades to a design that has not let them down. It's still low-cut, minimal, lightweight, and easy on the eyes.

As the game continues to evolve, blending positions and skills together, the Kobe AD NXT 360 is less of a staple for the speedy and more of an on-court standard. Even if you're not partial to the Los Angeles Lakers, this is as elite as a basketball sneaker gets. 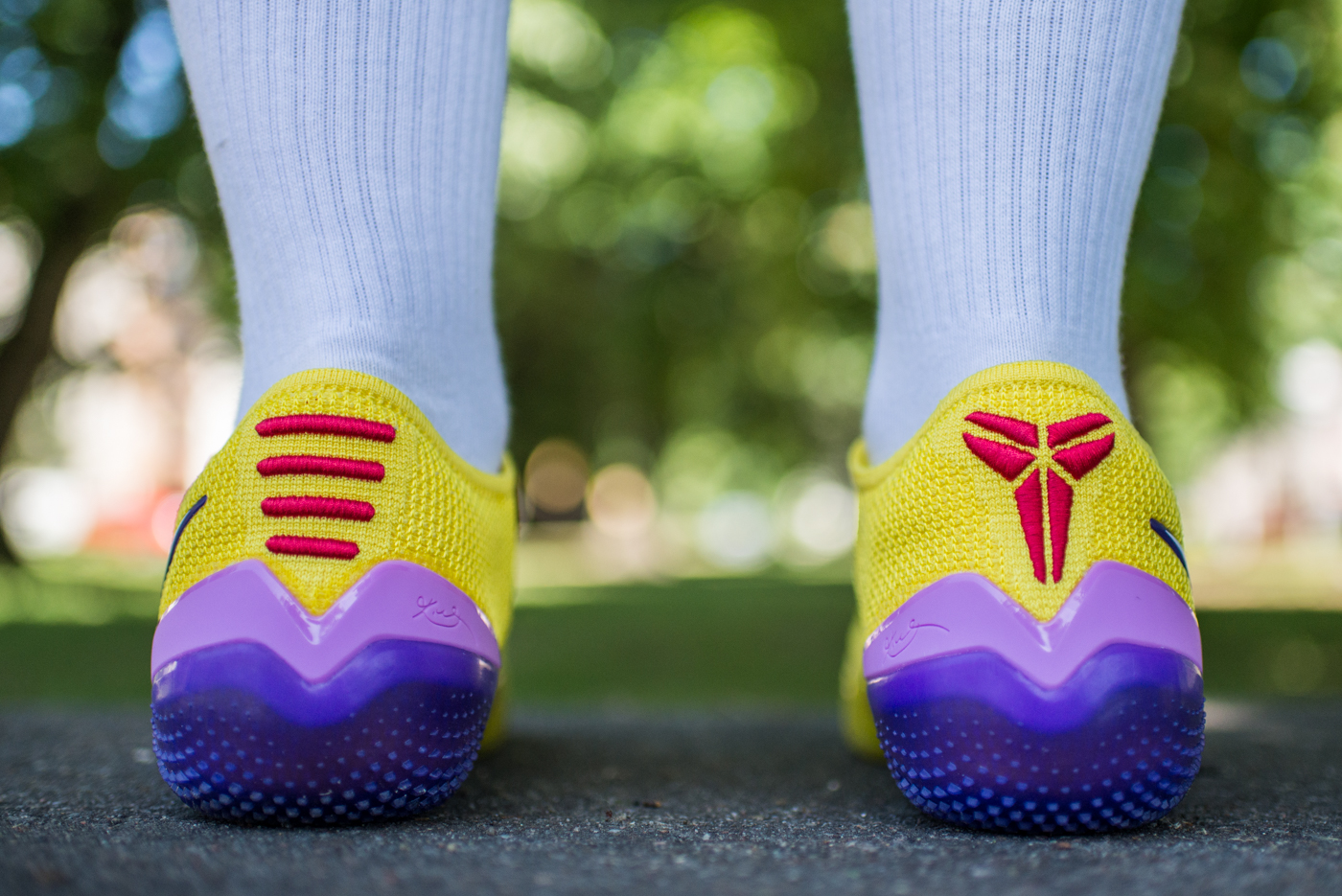 Available now, cop yours today and see what Flyknit, React Foam, and some insane traction can do to lift your game!