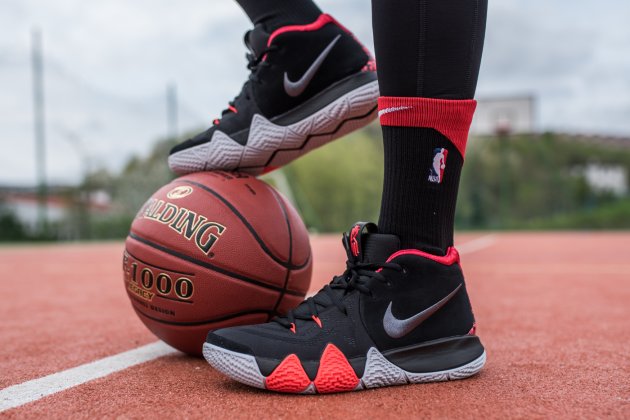 Nike Kyrie 4 "Point Bricks" brings us back to a historic performance in the most exciting NBA Finals series to date.

Kyrie Irving, he of the filthiest crossover in the league, put together an individual series to rival even the greatest performers in the sport's history.

In game 7 of the Finals, he went on to hit the biggest shot of his career - of anyone's career, really - to clinch the Cleveland Cavaliers' first NBA title.

This shoe represents this huge moment in Kyrie's history but goes even further back to Game 5, when Uncle Drew dropped a critical 41 points while facing elimination. 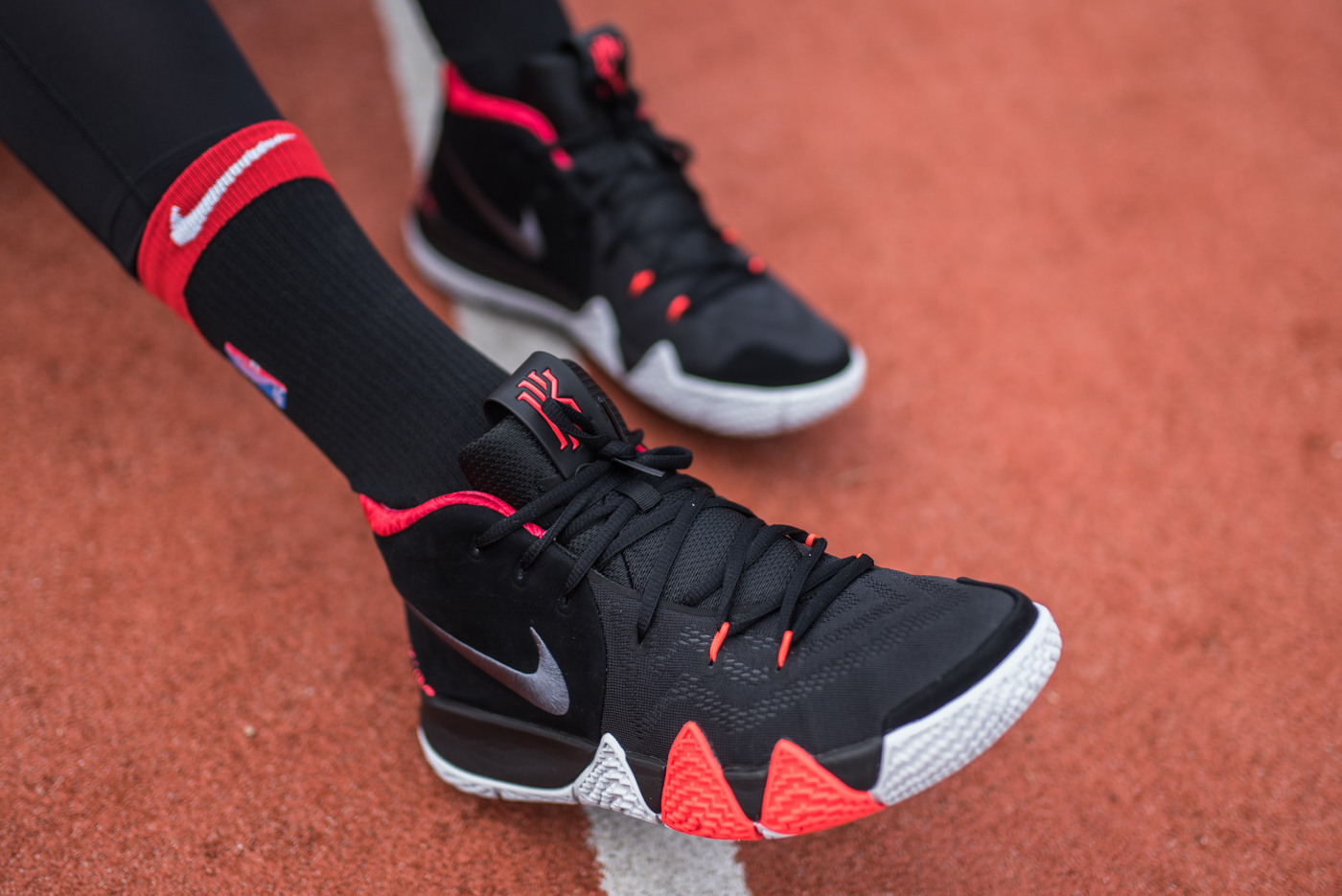 The colour scheme here is a combination of Black and Crimson - relatively muted for the Kyrie 4. One of the standout details here is the bricks graphics on the heel, representing the notion of leaving your misses - or bricks - behind you.

Beyond the visuals, the shoe is still effectively the same. A beastly outsole - and its remarkable traction - nearly wraps around the midsole, covering lateral slivers as well. On top of this is a performance upper crafter from a mesh and synthetic combination. 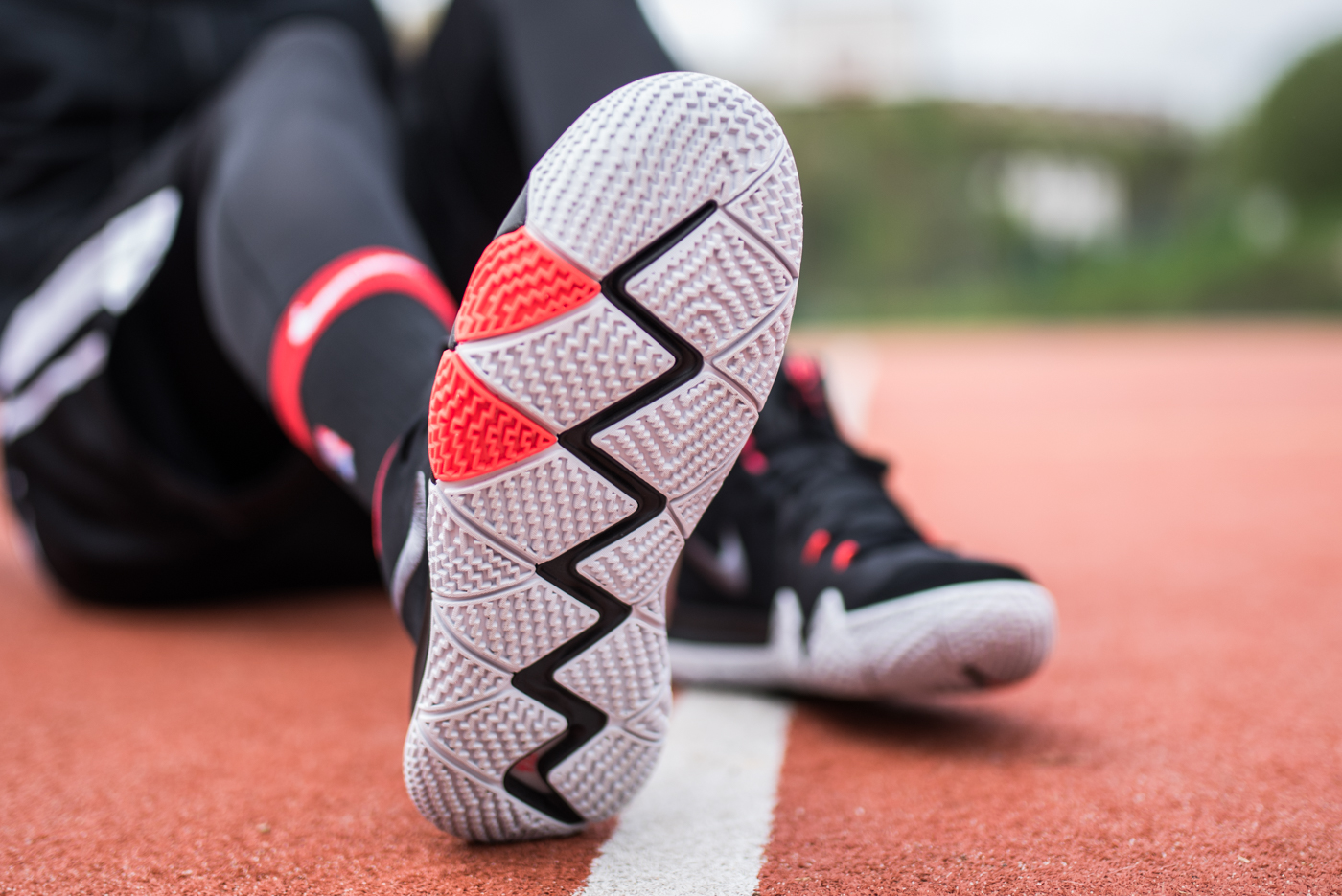 The shoe itself took some time to drop, originally releasing towards the end of this NBA season. And yet, it's never too late to celebrate that remarkable run in the Finals. Kyrie went from "too flashy to win a title" to bonafide NBA champion. If nothing else, this colourway represents a shifting of history on a proverbial dime.

Check these out and cop your own here.