NIKE KYRIE 4 "YEAR OF THE MONKEY" 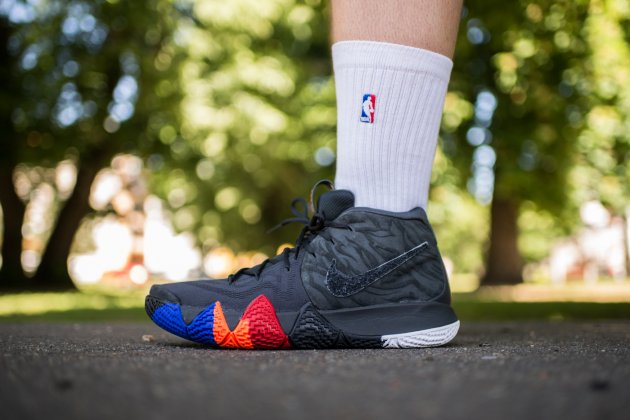 The Nike Kyrie 4 "Year of the Monkey" is yet another gorgeous colourway you can add to the model's collection. Kyrie Irving's fourth signature sneaker has continued its prolific run of iterations, even throwing in some personal touches for you Uncle Drew stans.

This colourway is pretty smooth on the Kyrie 4, taking advantage of the shoe's capacity to take on different colours in a unique manner. Firstly, the upper is mostly in Black, divided up between the mesh forefoot area and the suede section towards the back.

That back end comes with unique patterning and boasts a furry swoosh. That interesting set up for the branding is just one of the finer details of this look. The tongues on these shoes feature alternating Blue and Red Monkey graphics. We see more celebrations of the Year of the Monkey via the shoe's elite outsole. A multicoloured visual gives a more playful look to one of the most aggressive traction patterns in the on-court sneakers game. 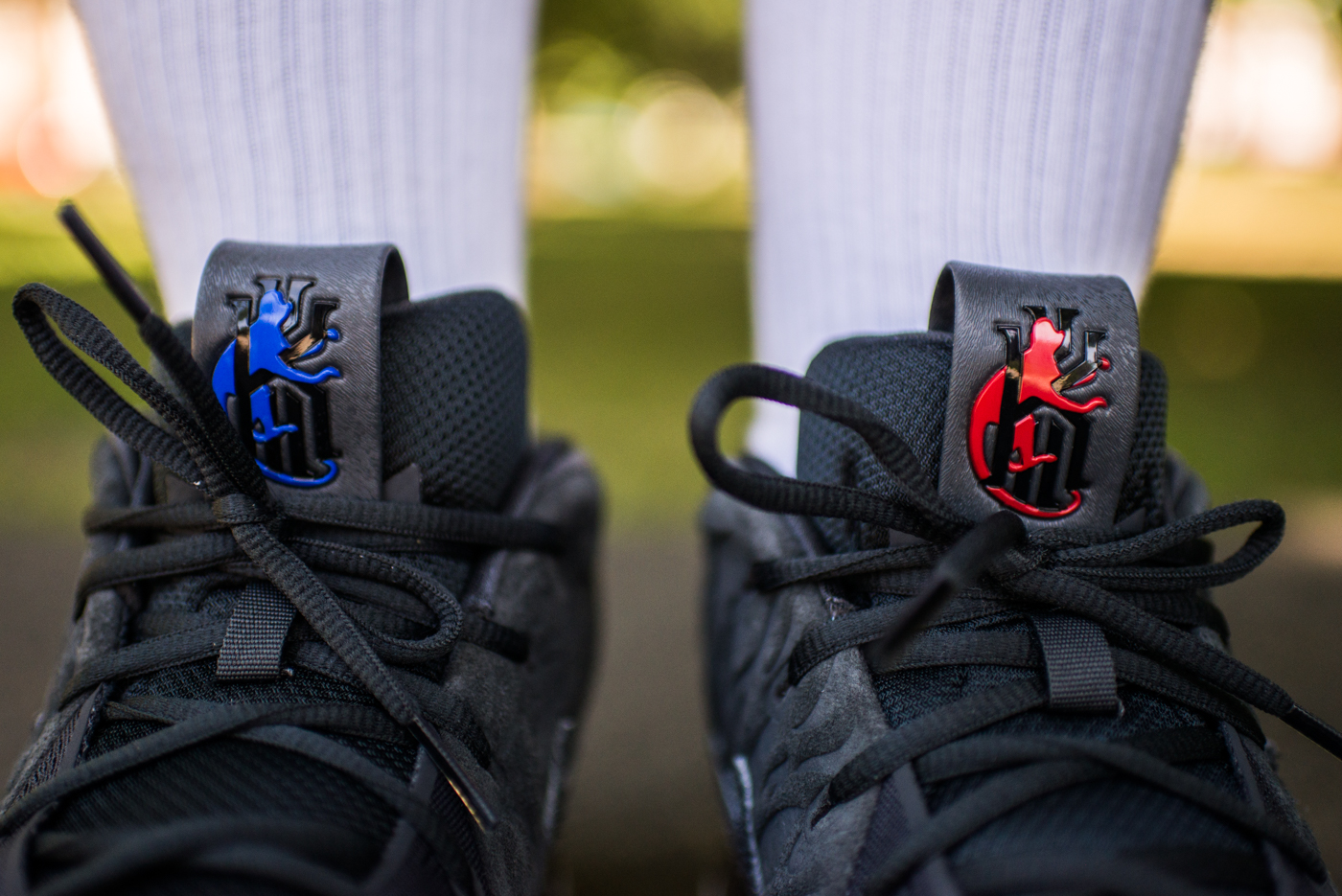 Along with that outsole, you get the usual cushion set up on the midsole. This shows up thanks to a layering of Phylon on Nike's Zoom system. The impact protection isn't quite world-beating but it's more than enough for most modern players. 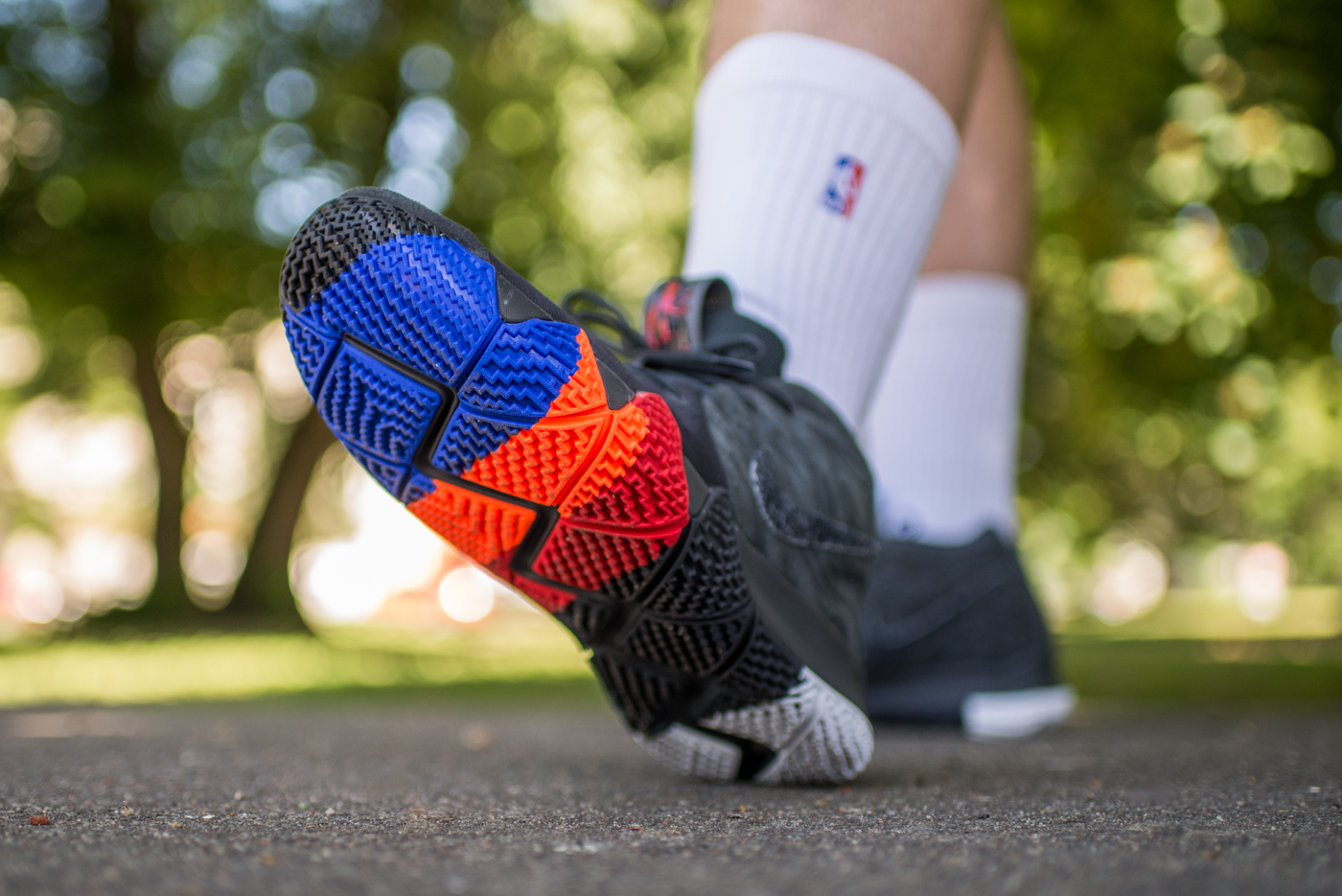 And yet, the functional elements are likely to be low on your list of reasons for scooping these. It would be fair to chase these simply for the visuals, as they're pretty darn excellent.

What's been quite telling about Nike's treatment of the Kyrie line is how willing they've been to experiment. It seems like nothing is actually off limits when it comes to imaginative iterations. The colourways are likely going to continue giving some more peeks into Irving's personality, so you can expect some intriguing motifs in the future.

Available now, don't miss your chance to rock a unique iteration for the prolific Kyrie 4!