THE HISTORY OF AIR JORDAN FUTURE

The Air Jordan Future is a lot of things to both the brand and its consumers. It wasn’t hyped the way a retro release was. It didn’t have the technical specifications of a flagship model. For Jordan, it was a stab-in-the-dark try at another lifestyle prod

Let’s break down some of this shoe’s short history so far.

It can be difficult to remember that Jordans aren’t lifestyle shoes. They’re not casual models or something you’re supposed to take out to the club. That’s not just what we do with them. Air Jordan sneakers are, first and foremost, for basketball. Every retro that comes back is measured for its style viability. OG heads might be more interested in the overall quality. But, most consumers will still be wondering how to style them when going out. 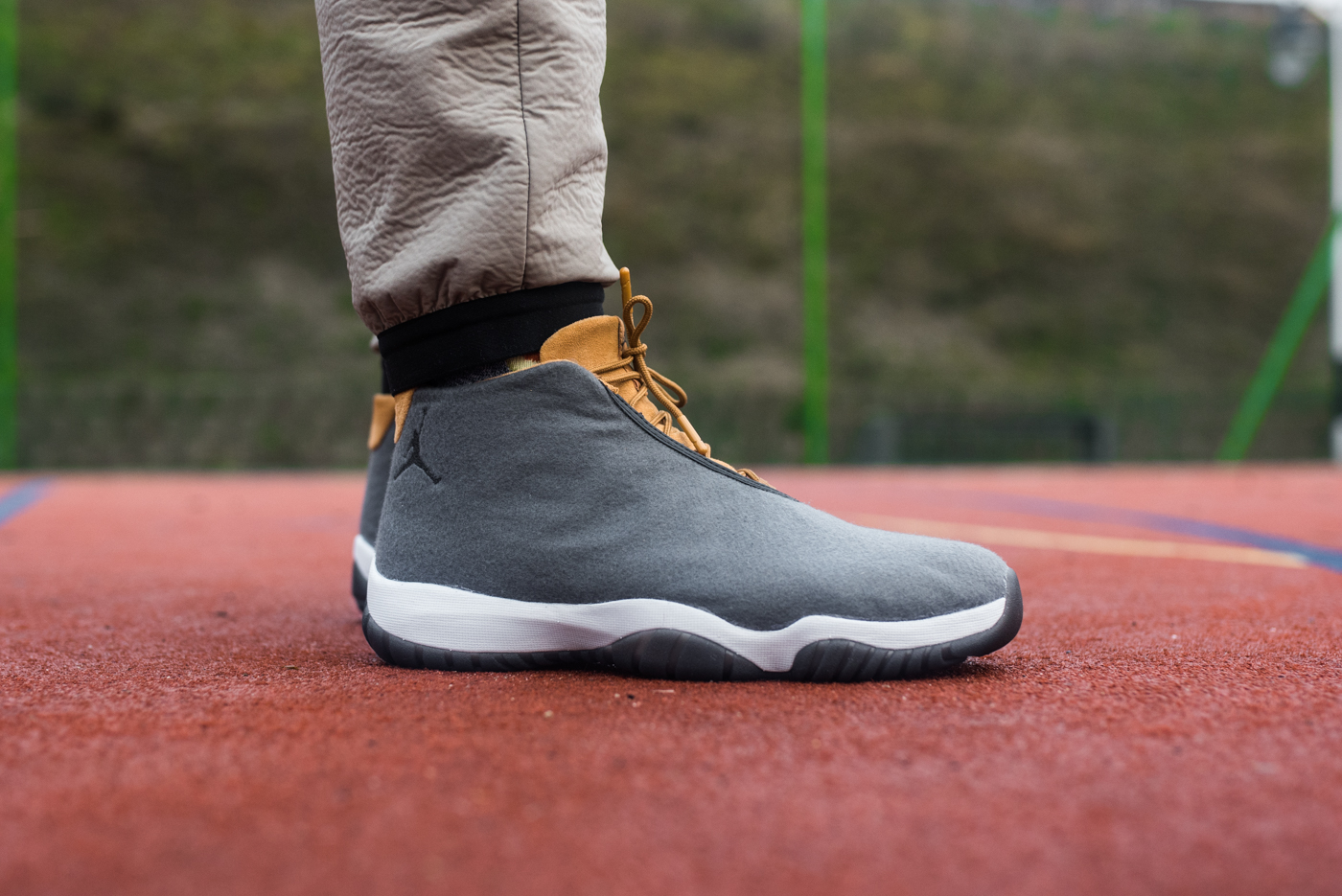 Yet and still, that’s just how we all choose to see them. The fact remains that each of these shoes is a function-specific design. Of course, Jordan Brand is aware of this. They have been working on entering the lifestyle market for what feels like decades now. We’ve seen training models here and there, but the Future was one of the first real efforts at this category.

The timing was pretty much perfect for its release. The Air Jordan Future came about just as the industry was finding its way out of a slump.

It was in March 2014 when this shoe dropped. At this point, the downturn in athletic footwear sales was widely known. Sure, basketball sneakers saw an increase in revenue through early 2014. However, the overall trend was leaning away from performance footwear. As Jordan Brand saw it, this was going to catch up to basketball shoes as well.

So, the Future comes about as a way to prepare for that eventual effect. It was the perfect fusion of modern lifestyle elements and retro appeal. Though it didn’t get the same sort of advertising hype behind it, fans were left clamoring.

Speaking of which, let’s talk about the shoe itself for a bit.

The Air Jordan Future comes with some interesting lifestyle-specific notes. The upper has been in a few forms.

When it debuted, the Future had a woven upper. It was entirely coated in reflective 3M. There suede details on the collar lining. The soft material even made an appearance on the shoe’s heel pad. This was branded as a more premium drop, including Gold lacing aglets. It was soon joined by variations in suede uppers. 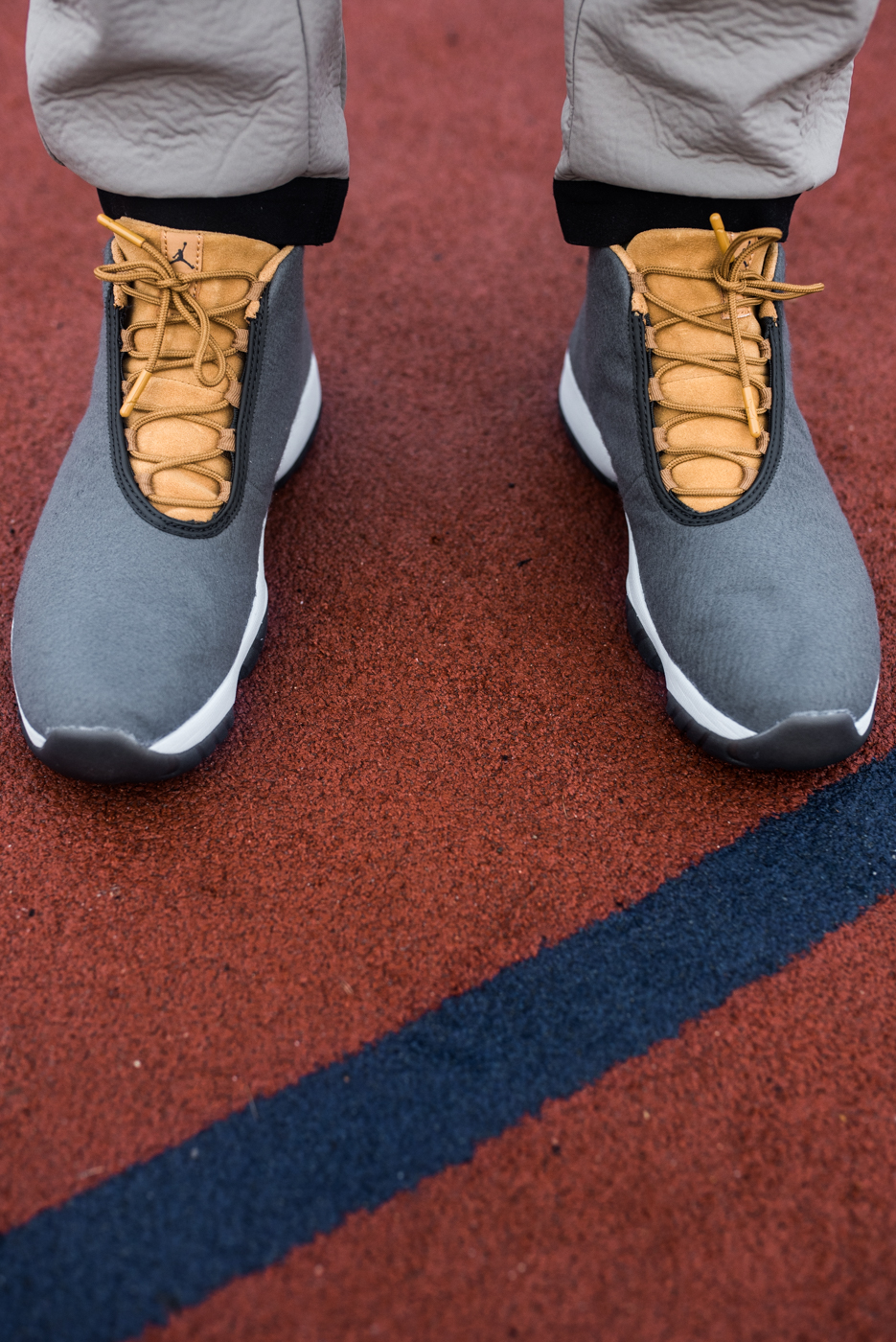 The midsole and outsole were, for some, more interesting. Jordan Brand designers had some choices to make here. They needed something modern but not too far away from the brand’s ethos. In light of that, the company’s Footwear Director, David Schecter, went with the Air Jordan 11.

This tooling caught the attention of many fans seeing this shoe for the first time. It was practical enough to be a modern choice but had a retro quality. This combination was a big part of why fans from NYC to London were feverish about this drop.

It’s rare that a shoe without the usual advertising bluster gets this much attention.

The lifestyle category is still a bit new for Jordan Brand. And yet, the Air Jordan Future is significant. It lets us know that there are ideas percolating within the Jumpman offices. Though their basketball line will always be going strong, off-court models are getting more attention.

As the company goes into 2019 with some promising numbers we can expect to see even more intensified focus on lifestyle designs.

CLICK HERE and check our selection of Air Jordan Future