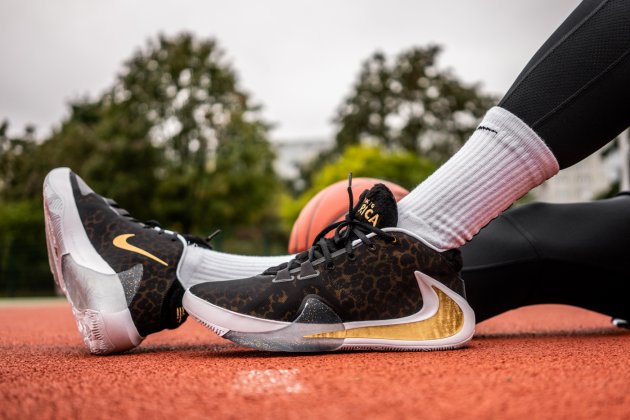 Inspired by the 1988 cult classic film, "Coming to America," Giannis wanted to release this special themed version of his debuting model because the film was very much an influential centrepiece in the upbringing of Giannis Antetokounmpo. Giannis has mentioned that the film was one of his childhood favourites since it reminds him so much of the similarities between him and Prince Akeem, the character portrayed by comedic icon Eddie Murphy. For those of you who may not have seen the movie, Akeem journeys from the fictional nation of Zamunda to America on a royal quest to find the woman of his dreams and be his future queen. Similarly, Giannis' aspirations of being an NBA superstar has him start his journey in European leagues in Athens, Greece al; the way on to the NBA. Just like Akeem, Giannis made his hopes of international crossover into a reality. 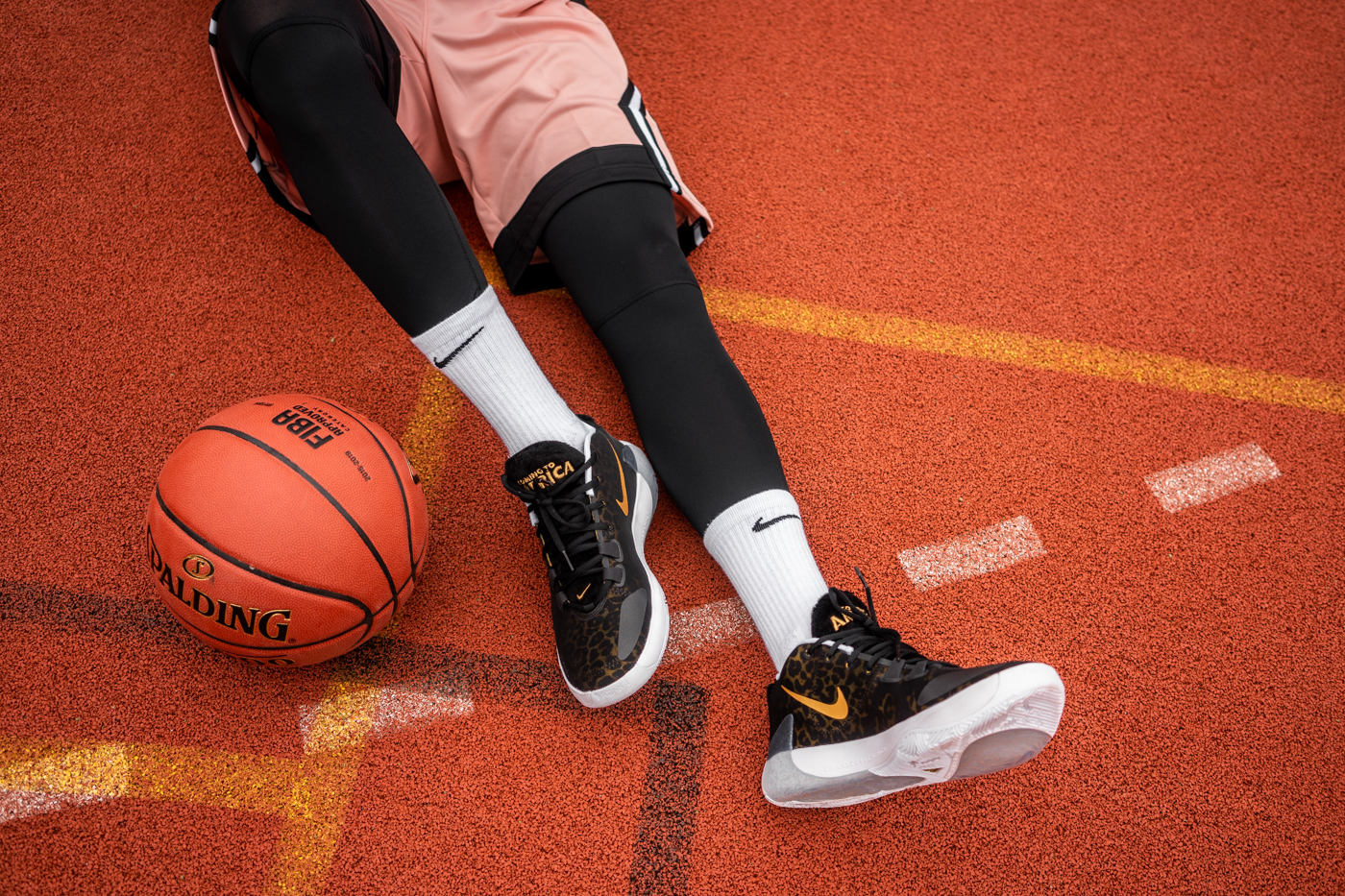 The Nike Zoom Freak 1 Coming To America comes with a handful of details to help make the collaboration with Paramount Pictures a very unique offering. These details include “Coming to America” written in Gold lettering on the furry Black tongue and the upper covered in leopard print as a nod to the shawl worn by Eddie Murphy’s character, Prince Akeem. Other features include the Metallic Gold Swoosh atop a White midsole and translucent outsole with Gold speckling. A White inner lining, Black laces, Gold insoles and mini Swoosh branding right above the toe round out the main features of the shoe. 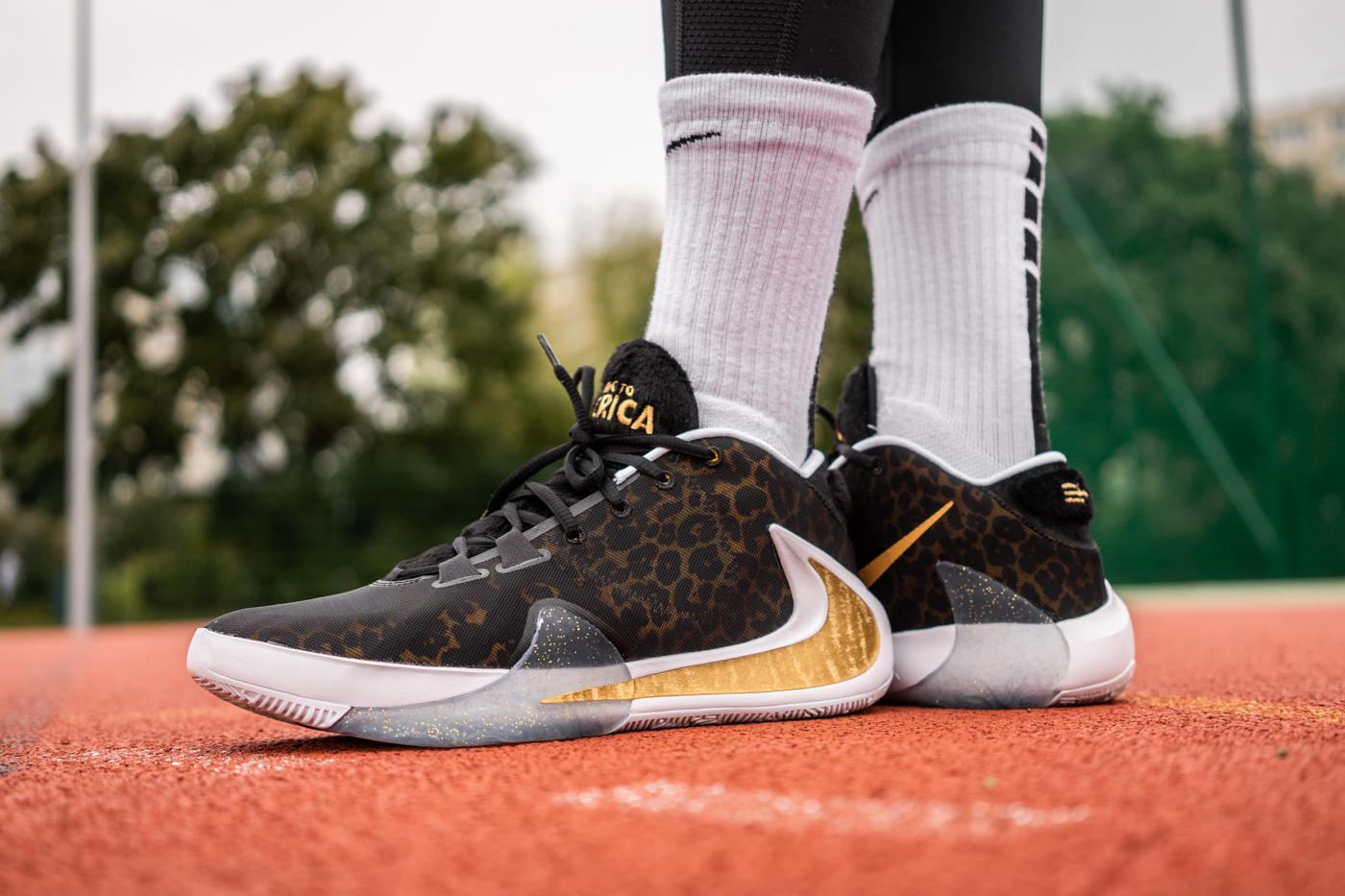